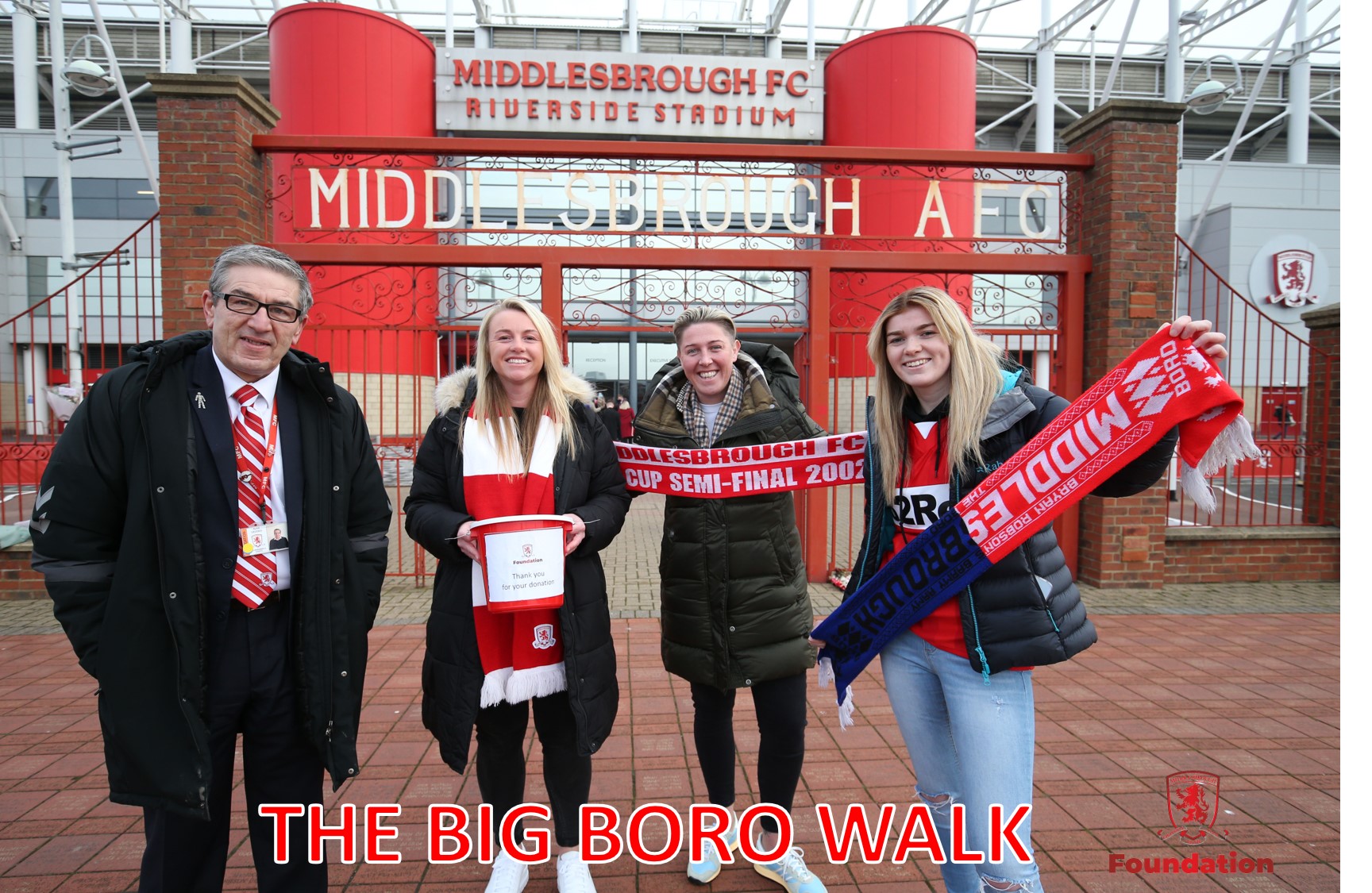 You can no longer donate.

Boro are set to take 9,500 fans to Old Trafford in the FA Cup – and one Riverside regular is hoping to match the travelling army pound for pound. Claire Streeter along with two of her friends, Alice Hutchinson and Abbey Lyle, are planning on walking the 106 miles from the Riverside to Old Trafford to raise money for MFC Foundation to create a Dementia Hub at the Riverside Stadium.

Claire worked with the Foundation for six years before joining the EFL Trust, and is hoping her walking challenge will raise vital funds for the Foundation’s work with people living with dementia across the Teesside region.

Claire said:- “There’ll be 9,500 Boro fans at Old Trafford and it would be great if the walk can raise the same amount in money, If every one of those travelling pledged £1 the difference it would make to the Foundation’s work with people living with dementia would be astonishing.”

Claire and the team intend to set off on the walk after Boro’s home game against Coventry on Saturday 29 January, and will arrive in Manchester the following Friday ahead of the FA Cup fourth round tie.

We are asking all Boro fans to support Claire's team by donating just £1 to help her reach the target of £10,000 to donate to MFC Foundation allowing them to continue their work with people living with Dementia. Their aim is to create a Dementia Hub at the heart of the community (The Riverside Stadium) providing multi stimulation appropriate for people living with Dementia (in particular mid and late stages). If we could get every Boro fan to donate just £1 we could smash that target and help the many people of Middlesbrough who are currently living with Dementia.

After clicking ‘Continue’ you will be navigated to a checkout page.